Tax relief for the restaurant sector

On April 23, 2020, following a 7-hour marathon of negotiations, the federal government’s Coalition Committee decided to reduce the VAT rate for food consumed in restaurants from 19% to 7% in response to demands made by the hotel and restaurant industry for years.

The VAT reduction will (initially) only apply temporarily, however, for the period from July 1, 2020 to June 30, 2021. Currently, 19% VAT is levied on food consumed in restaurants and 7% VAT on take-out food. This explains, among others, the question in fast food chains: “Carrying out or eating in?” The different treatment has long been considered unsuitable, not only by restaurant and hotel owners, but also by individual German states, such as Bavaria, the country’s top tourism state. The Bavarian Minister President is now claiming the VAT reduction as one of his major successes in the negotiations. German Hotel and Restaurant Association DEHOGA is also relieved and welcomes the VAT reduction decided by the federal government. It remains to be seen whether it will be temporary as planned or permanent after all.

It was also decided on April 23, 2020 to already request a reduction in 2019 advance payments of income tax and corporation tax if losses are expected in 2020.

Companies that expect to make losses this year as a result of the corona crisis will be able to file applications with their revenue offices for a refund of amounts paid for 2019 in addition to the advance payments already made for 2020, on the basis of a loss computed on a general basis for 2020. Details will be provided in a letter from the Federal Ministry of Finance that will be published shortly.

The early loss offsetting will provide companies with additional liquidity, thus supporting them in the fight against the economic consequences of corona.

We are gladly available to advise you in connection with the reduction of 2019 advance payments. 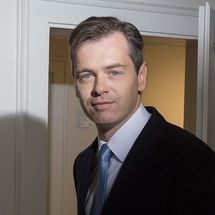 SME financing in the “corona crisis” -

Update briefing “KfW Quick Loan 2020” and consequences for the transaction…

The Corona aid program of the German Federal Government -

On March 27, 2020, the Federal Council approved the government's relief package…

view all news
Subscribe to our newsletterFind out today what the legal world talks about tomorrow.